The mission of the New York State Police is “to serve, protect and defend the people while preserving the rights and dignity of all.” Boasting a force of 4,500 dedicated Troopers clustered across New York State in 10 “Troops,” the New York State Police continue to build on their tradition of service to the more than 19 million residents of the state of New York. Previously headquartered in Loudonville, NY prior to the short move down the road to Latham, NY – Troop G oversees a 10-county area surrounding Albany, NY known as the Capital Region.

Prior to moving into their new headquarters in August of 2012, Troop G had been garrisoned at a 55 year old facility which lacked not only the space but also the resources to allow the Troopers to carry out their mission. Needing more space and the most cutting edge technology available, the New York State Office of General Services began to engineer and plan a new Troop G Headquarters building in 2006 with construction to start in 2010. With a $6-$7 million budget for the Electrical Construction alone, only a handful of Electrical Contractors in the entire Northeast were qualified and capable of completing such a large scale project with bond. On August 17th 2010 Kasselman Electric Co., Inc. was awarded the Electrical Contract in the amount of $5,869,721.

Site work began in September of 2010 with Kasselman Electric setting up temporary power for over a dozen job trailers and temporary electric needed by other trades on the job. Underground conduit installation came next and as the foundation was poured and the structural steel rose so too did the temporary lights to allow for safe work conditions. The Electrical service included the installation of 13 Transformers, 5 Switchboards, and 60 Panels. All told, Kasselman Electric installed over 90 miles of wire and cable on the job which provided power and connectivity to the following systems:  Protected Premises Fire Alarm, Access Control, Lighting Control, Uninterruptible Power Supply, Electrical Power Monitoring and Control, Diesel-Alternator and Natural Gas Engine Generator Power, and Lightning Protection. Kasselman Electric also installed in excess of 1,000 interior lighting, emergency, and exit fixtures and over 100 exterior fixtures.

The crown jewel of the Headquarters building is the communications security unit, which serves as a 24/7/365 operations center composed of staff from both the state police and New York State Department of Transportation departments. This group works out of a 3,200 sq. ft. room which is a part of the larger 8,000 sq. ft. Communications wing and is equipped with a 6 ft. by 17 ft., screen, to better serve the 10 counties which fall under Troop G’s watch. The new communications center aids in the state police’s ability to effectively deploy its resources in the monitoring of traffic, changing highway advisory signs remotely, tracking cell phone calls, and responding to both natural and unexpected disasters. In the event of a catastrophic disaster the unit even has enough space to host other law enforcement agencies to serve as a communications hub.

At the conclusion of the project, Kasselman Electric furnished the owner with as-built drawings prepared in CAD. Kasselman Electric also provided detailed equipment directories and equipment labels which went above and beyond what was called out in the contract. Additionally, recognizing the need for cost-effective design, Kasselman Electric worked with the owner, Architect, and Engineer on an ad-hoc value engineering process which allowed for design changes to be quickly implemented. The result of this team work was a grandiose project, delivered within the 23-month timeframe, under budget, and with only one change order.

Maj. Steven James, Troop G Commander, said the new communications section will improve how the agency deploys its resources, adding that having DOT in the room with them allows for better transfer of information between agencies. James said the entire facility was “leaps and bounds” from the old one in the Loudonville. He added it also helps to be within closer proximity of the airport and highway. “It’s a step in the right direction for forward planning,” James said. 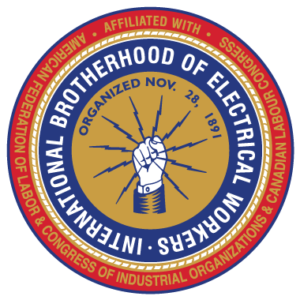 You’re in great hands with Kasselman Electric and our 70+ years of experience!